The New Year is HERE! Check out our list of activities to do this February in Maryland Heights! 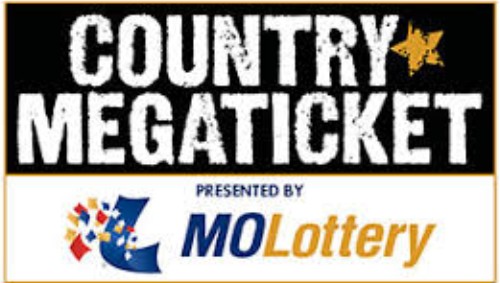 The Country Megaticket is back with FIVE huge country concerts in 2018! Live Nation proudly presents the Missouri Lottery Country Megaticket, a five show “season ticket” for the summer’s hottest country shows during the concert season at Hollywood Casino Amphitheatre. The lineup includes Jason Aldean, Dierks Bentley, Keith Urban, Rascal Flatts, Lady Antebellum & Darius Rucker plus special guests. No service fees at the box office the first week of sales. This is one hot summer ticket that you won’t want to miss. 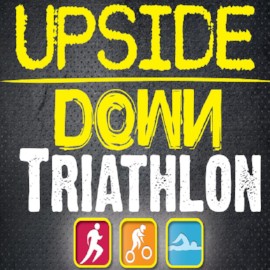 Have you ever wanted to test your physical endurance? Well now you can in a unique way! Maryland Heights is hosting its first indoor triathlon and it comes with a twist! All athletes will start with the run portion, followed by the bike portion, and then end with the swim. Compete in either the Sprint (2.5m run, 8mi bike, 400y swim), the Long (5m run, 18mi bike, 750y swim), or choose a flexible option where competitors earn points based on the maximum distance they accomplish during a 20 min run, 30 min bike, and 10 min swim. Register through Feb. 10th. 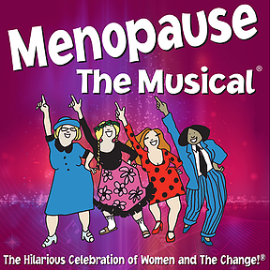 Menopause The Musical is a groundbreaking celebration of women who are on the brink of, in the middle of, or have survived “The Change.” Now celebrating 16 years of female empowerment through hilarious musical comedy, Menopause The Musical has evolved as a grassroots movement of women who deal with life adjustments after 40 by embracing each other and the road ahead. Laugh along as the cast jokes about relatable issues like woeful hot flashes, mood swings, wrinkles, weight gain, and much more. 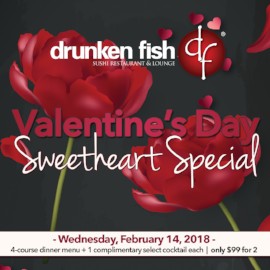 There’s nothing more romantic than a fancy, four-course meal and specialty cocktails so why not spend Valentine’s Day at The Drunken Fish? The restaurant’s Sweetheart Special will feature a four course prix dinner menu and includes one select cocktail per person. Price is $99 for two and reservations are required. Don’t wait to make your Valentine’s Day special, call Drunken Fish today. 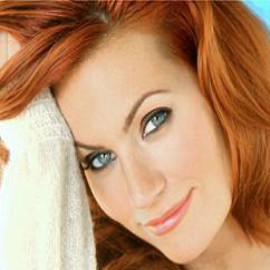