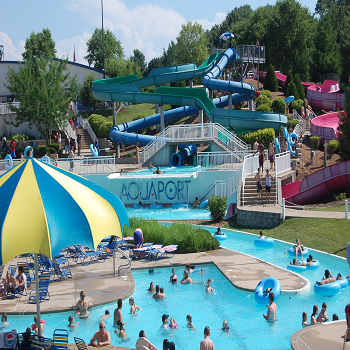 Grab the family and make your way to Aquaport this summer! Enjoy the numerous pools and slides, snacks and cool treats at the concession stand, and plenty of parking and deck room to make your visit comfortable. With its convenient location and affordable pass prices, Aquaport is a great place for the entire family to cool off and enjoy the summer! Cool destination with 5 water slides, lazy river, children’s pool, lap & family pool & more. Memorial Day – Labor Day. When booking your gathering at a Maryland Heights hotel, ask your sales person for coupons for additional savings for the entire group.
www.marylandheights.com 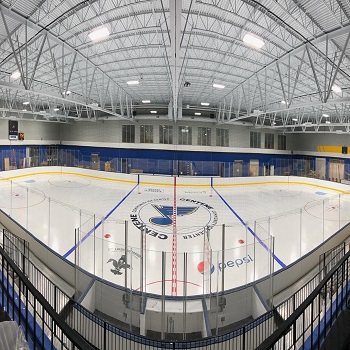 This state-of-the-art facility features four NHL sized ice sheets, including a covered outdoor rink designed as a multi-purpose venue for concerts, festivals and other events. The primary tenants and major capital partners of the Centene Community Ice Center include the St. Louis Blues, the St. Louis Blues Alumni, Lindenwood University, the St. Louis Blues AAA program, and the St. Louis Lady Cyclones. In addition to on-ice activity that extends beyond hockey, the facility offers sports medicine, therapy, training and other ancillary medical services through an on-site space. 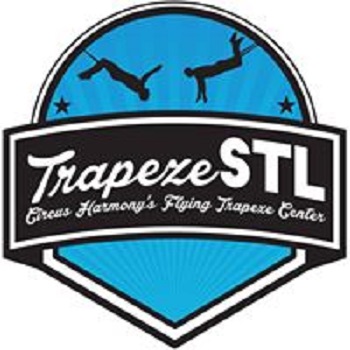 Circus Harmony is proud to be taking its goal of defying gravity to new heights with TrapezeSTL, St. Louis’ only Flying Trapeze Center where men, women and children can soar through the air with the greatest of ease. TrapezeSTL is a fun and safe activity for families, birthday parties and team building events.
www.circusharmony.org 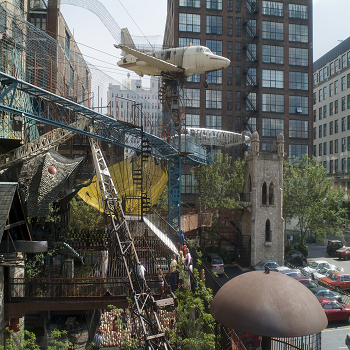 The City Museum is a museum consisting largely of re-purposed architectural industrial objects housed in the 600,000 square-foot former International Shoe company. The museum bills itself as an “electric mixture of children’s playground, fun house, surrealistic pavilion, and architectural marvel.” Visitors are encouraged to feel, touch, climb on, and play in the various exhibits!
www.citymuseum.org 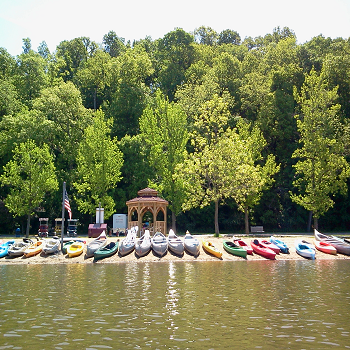 Enjoy time on the water with a kayak, canoe or paddle board. If you prefer dry land, quadricycles and bicycles are a fun way to get around the scenic lake path. Life jackets and basic instruction provided. Beginners as well as advanced users are all welcome. Affordable and fun family fitness is their goal, so visit their website, call, or just drop by for a great time! Creve Coeur Lake (near the Taco Bell Shelter)
www.crevecoeurlakerentals.com 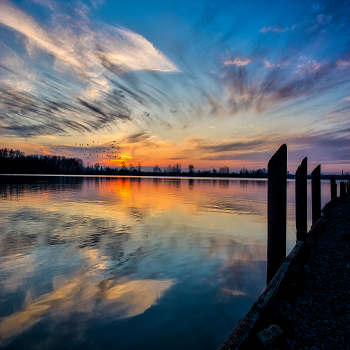 The tradition of Creve Coeur Park dates back to French settlers and means, “damaged heart”.  In the 19th century, railroad companies such as the MO Pacific, United Railway Company and Bi-State Development Agency had operations in the park.  The brick building situated in the upper level of the park was originally a booster station for the city’s electricity that powered the streetcars. Visitors have the ability to see the original rail ties located by the maintenance building, the place where streetcars entered and exited the park.  The park was once the site of a large amusement park known as “Electric Park.”  Creve Coeur Park was home to the annual county fair for nearly thirty years. 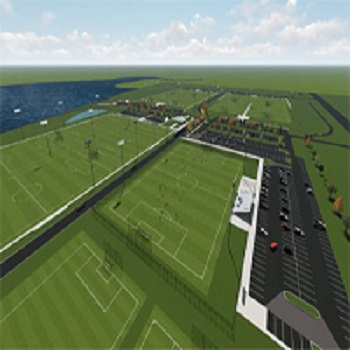 Creve Coeur Park Soccer Complex is home to 13 artificial turf fields, including a standalone championship field with permanent seating for up to 500 spectators and two smaller, youth-sized natural grass fields. In addition to the fields, the complex will afford visitors ample concessions, restrooms and lighted parking areas throughout. Eleven of the artificial turf fields will be lighted.
www.stlouisco.com 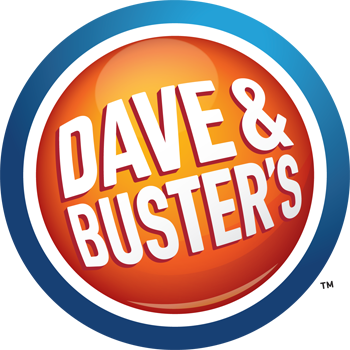 EAT, DRINK, PLAY and WATCH SPORTS all under one roof!
www.daveandbusters.com 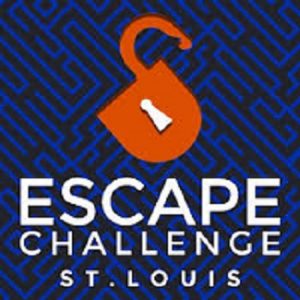 Escape Challenge St. Louis has turned an ordinary room into a fun, engaging, interactive mystery! Our St. Louis Escape Rooms are designed for small groups from 2-10 players. Once you’re “locked” in, you will have 60 minutes to search the room for hidden objects, puzzles, riddles, codes, and clues and piece them together to unlock the locks and ESCAPE THE ROOM! Escape Challenge St. Louis strives to provide their guests with the most unique escape experience possible. They don’t rely on copies or licensed rooms, they take pride in raising the bar and building rooms unlike any others.
www.escapechallengestl.com 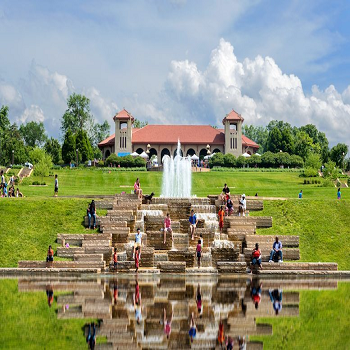 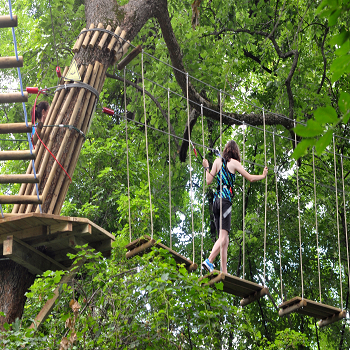 The course blends beautifully within the landscape of the Creve Coeur park, one of the most visited parks in St. Louis County.  The course is made up of numerous rope ladders, 39 exciting crossings to include the Double Stirrups, Talloires Crossing, Flying Carpet and Spider’s Web, 2 Tarzan swings and 5 zip lines.  Overall, there are 5 individual sections within the course, each section taking you higher into the forest canopy and finishing with a zip line longer and with more expansive views!  Zip Line #3 and #5 are both 400 feet long and Zip Line #4 is the first skateboard zip in the region.  The entire course consists of over 2,624 feet worth of zip lines and obstacles, providing a treetop adventure that is one of a kind!
www.goape.com 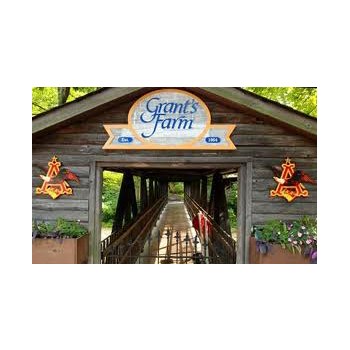 Grant farm invites you and your family to explore a unique setting of nature, animals and history in an up-close environment unlike anything you have experienced before. See General Ulysses S. Grant’s log cabin, and its unique fence made from authentic Civil War rifles.  Experience a historical era as you view the Busch family’s world-renowed collection of antique carriages in the beautifully maintained Bauernhof, a 19th century farmstead. Our Tier  Garten offers you the chance for face-to-face encounters with our friendly animal family.
www.grantsfarm.com 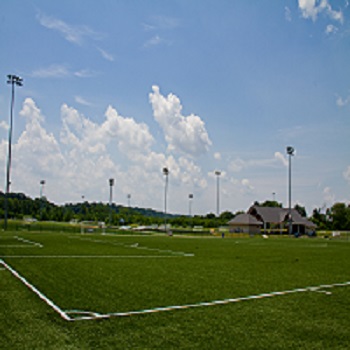 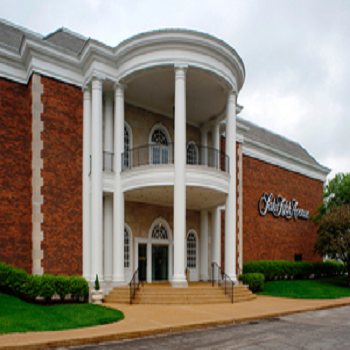 Plaza Frontenac is an upscale, two-level, enclosed, regional shopping center in the Frontenac area of metropolitan St. Louis, MO. Opened in 1974 and anchored by Saks Fifth Avenue and Neiman Marcus, it has been known for high-end tenants; many of which are unique to the region.
www.plazafrontenac.com

Since 1769, Saint Charles has been welcoming visitors to its river shore. Today, the city is much the same as it was, and continues to welcome folks who enjoy experiencing the sights and sounds of early America.
Stroll along the brick-paved streets of Missouri’s oldest and largest historic district. Explore one-of-a-kind shops, sample local cuisine, or visit one of our many unique attractions. Saint Charles is family friendly and located within minutes of many area attractions including those in St. Louis.
www.discoverstcharles.com 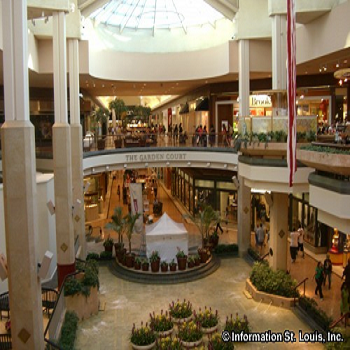 Where the best stores put their best store. It’s time to make a trip to Saint Louis Galleria for the best in shopping, entertainment and dining!
www.saintlouisgalleria.com 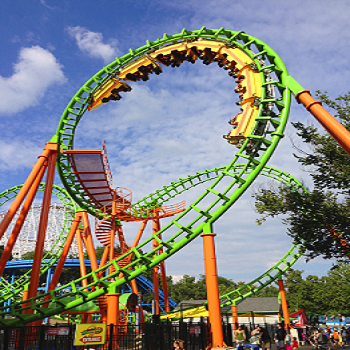 Six Flags St. Louis is an amusement park located in Eureka, Missouri. Six Flags operating season is from March to October with a total of 40 rides including the water park, Hurricane Harbor!
www.sixflags.com/stlouis 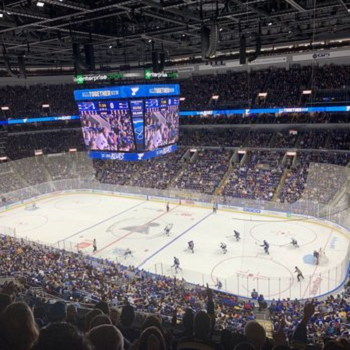 The St. Louis Blues are a professional hockey team and member of the National Hockey League (NHL). Established in 1967, the Blues play in the NHL’s Western Conference at the Scottrade Center.

For tickets and game times, visit the website at blues.nhl.com 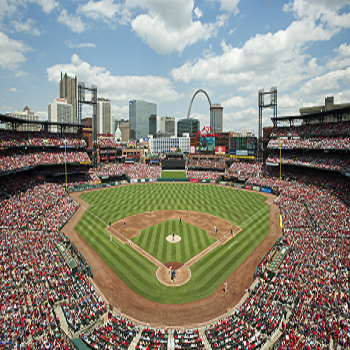 The St. Louis Cardinals, a professional baseball franchise based in St. Louis, Missouri, compete in the National League of Major League Baseball.
www.mlb.com/cardinals 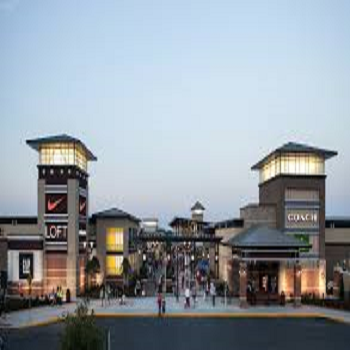 St. Louis Premium Outlets is now open in Chesterfield, Missouri. Discover upscale outlet shopping with an impressive collection of 90 designer and name brands at savings of 25% to 65% every day.
www.premiumoutlets.com 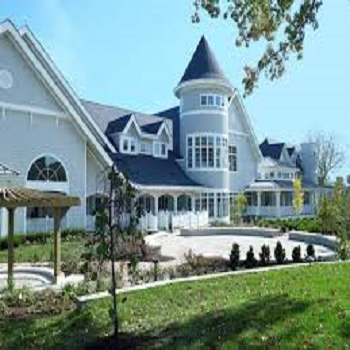 The Magic House is a not-for-profit children’s museum located in St. Louis, Missouri. Originally opened in 1979 with the mission of engaging children in hands-on learning experiences!
www.magichouse.org

The Quarry at Crystal Springs 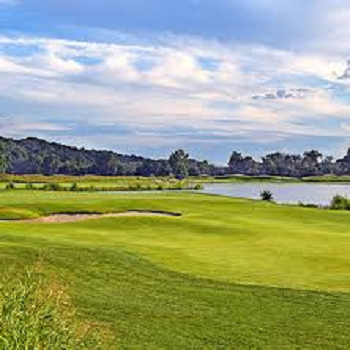 ’Playing golf at Crystal Springs Quarry has often been described as “taking a walk through a nature preserve.” The course is designed in an old rock quarry as it weaves in and out of natural Missouri wetlands teeming with abundant wildlife. The course naturally blends with its surrounding land with each hole separate and distinct allowing the player to enjoy a peace not found on many courses.

Crystal Springs Quarry is a true player’s golf course, demanding accuracy and positioning. Yet, while the challenge from the back tees may be too much for many golfers, four additional sets of tees allow players of all abilities to choose the one best suited for their maximum enjoyment.’
www.quarrygc.com 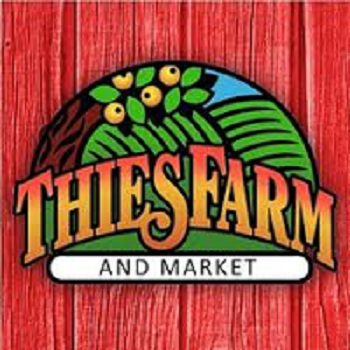 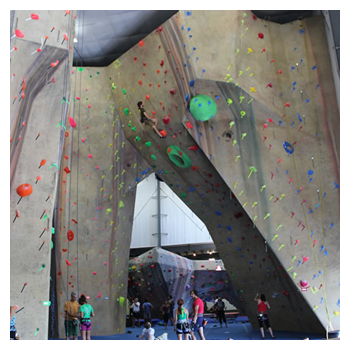 Upper Limits is a professional, high-quality climbing gym that exceeds standards set by the industry., thus providing an enjoyable environment for the community to experience climbing. They emphasize customer service and promote the growth of the sport through a friendly, helpful staff and a variety of classes, clinics and other services. Come and experience the fun and exhilaration of a sport that has exploded in popularity.
www.upperlimits.com 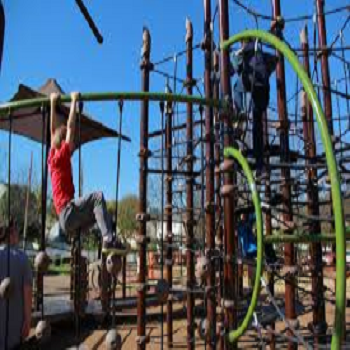 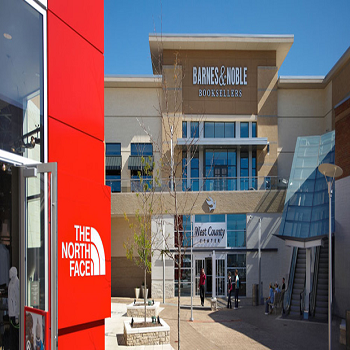 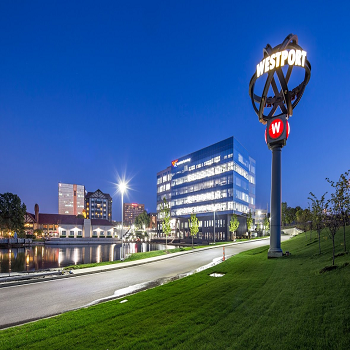 Westport is located on Westport Plaza Dr. with easy connections to Page Ave near the I-270 and Page Ave. interchange in Maryland Heights. Metro operates bus routes in the Westport Plaza area. Future plans to extend the Metrolink rail west from Clayton include a station at Westport.

A unique blend of office and retail space, the 42 acres of Westport Plaza offer an assortment of not only events and activities, but a combination of amenities and services for tenants and customers. Whether you’re looking for a night out of comedy and sushi or the perfect address for your company offices, with a variety of distinctive specialty shops, restaurants, bars, entertainment venues, and two Sheraton hotels…Westport Plaza has something for everyone!
www.westportstl.com